Global networking is rapidly expanding via information technology. Based upon the trends of technologies, which penetrate our daily lives, the Department of Social Informatics seeks to clarify the structures of highly complex information societies and actually design information systems that are useful for the world. Therefore, we endeavor to support the globalized activities of humans in the areas of culture, economics, ecology, disaster management, healthcare and education. 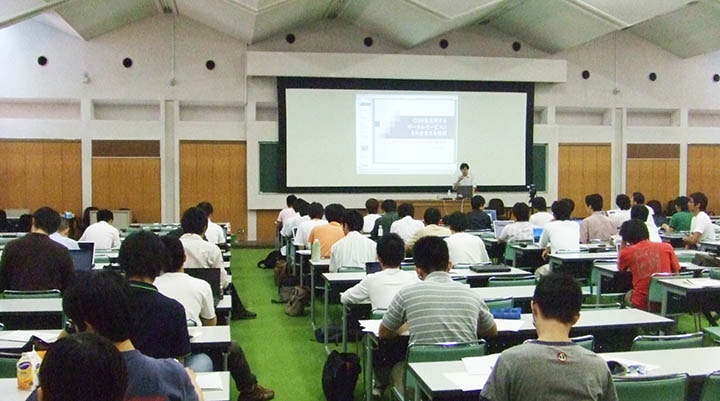 In the first year of master students, students are provided with specialized subjects about how to design and analyze the information system, and the relationship between the information and society. They can acquire the fundamental informatics from basics through these subjects, and even the students who had less experience about informatics can produce achievement by combining the informatics and their expertise. In addition, we have more than 30 special lectures a year in our department, for which we invite lecturers from various universities, research institutes or government offices. 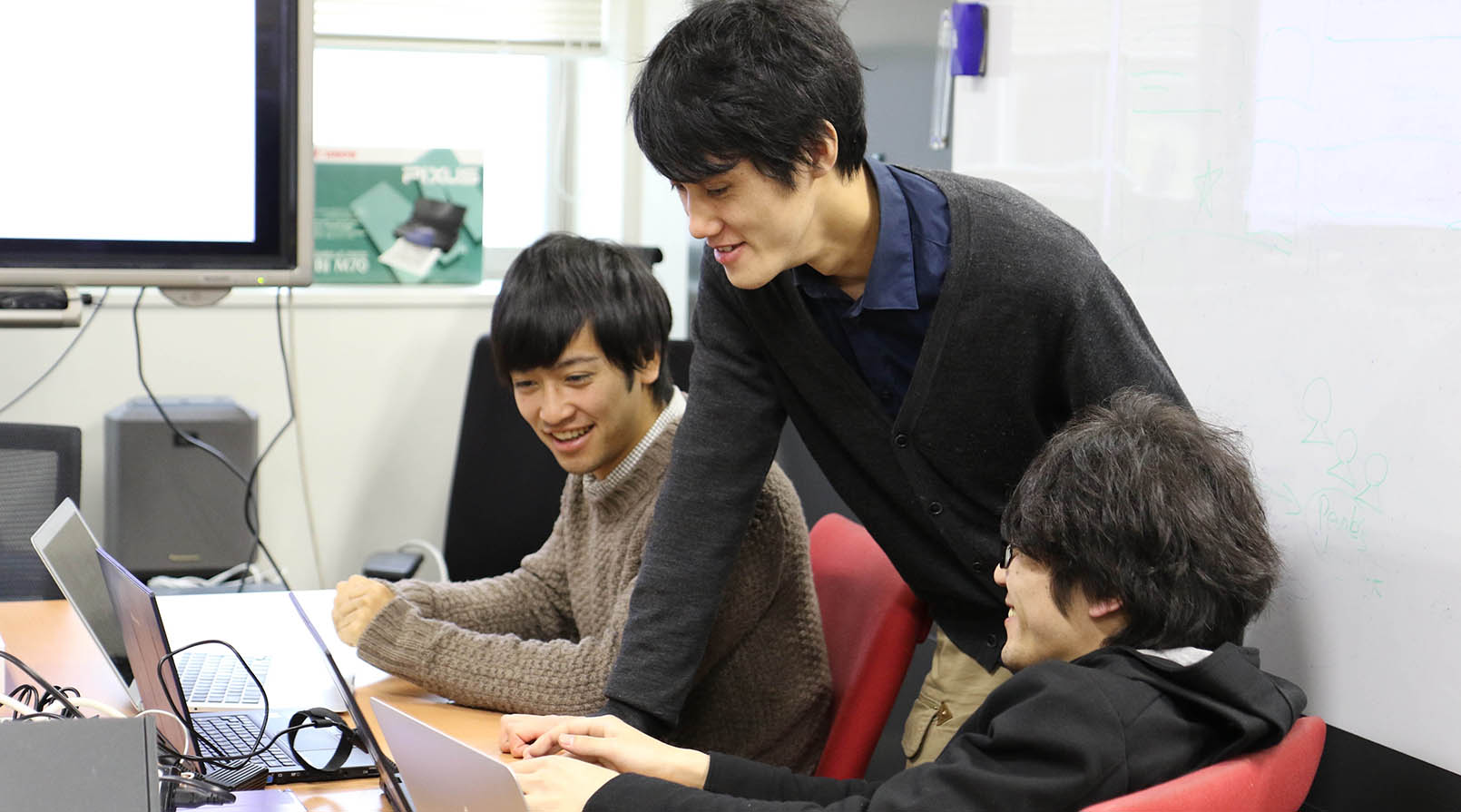 The department of social informatics joins Kyoto University Design School, in which students take a subject FBL (Field based Learning)/ PBL (Problem based Learning) that is helpful to train skills for finding and solving real-world problems. In this subject, students select one of the variety of themes, and form a small group to tackle the same problem. The themes include Designing a new environment for education: creating a place that fosters creativity, Design of places for conversation through books and tea, and Organization design in crowd-sourcing. 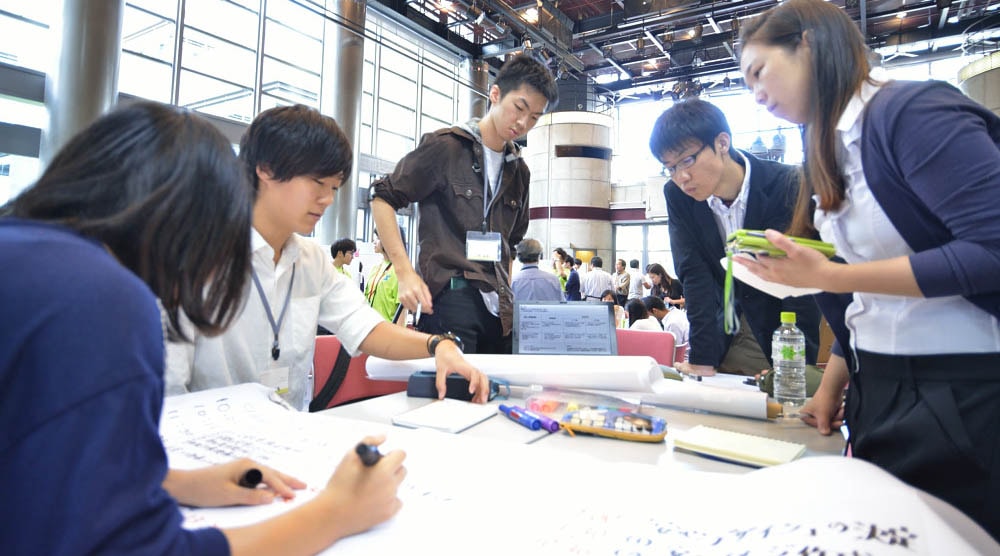 Kyoto University Summer Design School arose from activities mainly led by the department of social informatics, and has become a seasonal tradition in summer attracting more than 250 participants together into the same place. Over 20 different kinds of themes were proposed from companies and universities, and were tackled by many students to solve real-world problems: they went on the field, and took trial and error by actually creating prototypes. The department of social informatics proposed themes such as Predicting Kyoto in 2050 by simulation and Design of safety of apartment buildings: mainly focusing on disaster prevention.

In the department of social informatics, there are foreign students from the variety of countries, and a lot of opportunities to communicate and know different cultures in international events. 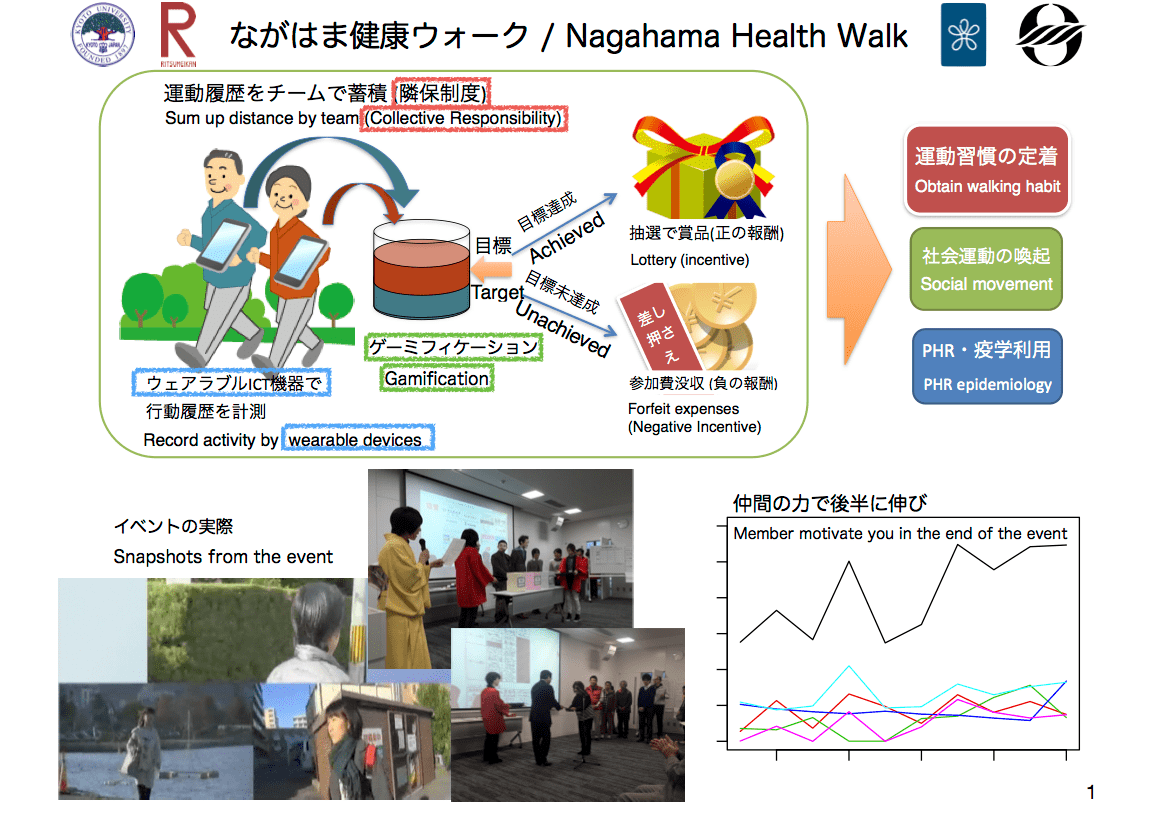 Although obtaining healthy habit is the silver bullet to prevent lifestyle related diseases, obtaining it is hard business. The research team, consists of Kyoto University, Ritsumeikan University, Kinki University, and the city of Nagahama, organize walking even named “Nagahama Health Walk”. People pay the fee to participate the event as a team of five. When the walking distance of the team exceeds the given target distance, the team wins the right to participate lottery where they may win certain commodities such as travel coupon. Follow-up questionnaire found that the most of participants of the event held in 2014 succeed to obtain walking habit. 2015, more than one thousand people, more than twice as much as previous year, participated the event. Follow-up study to observe health conditions of participants with metabolic syndrome is undergoing.

Along with the advance of population aging, health care equipments and services for old people have attracted attention. Our project focus on assisting the going out by walking for old people. We propose a novel Pedestrian Navigation System. The system collects real-time vital sign data, such as heart rate, of a pedestrian during walking, using small wearable sensors. Spatio-temporal information is also collected along with the sensing data using GPS functions. The system then recommends stressless walking routes for each pedestrian based on the analysis of personal and crowd vital sign data in the context of location and time. A new differential privacy mechanism for pedestrian is also investigated. 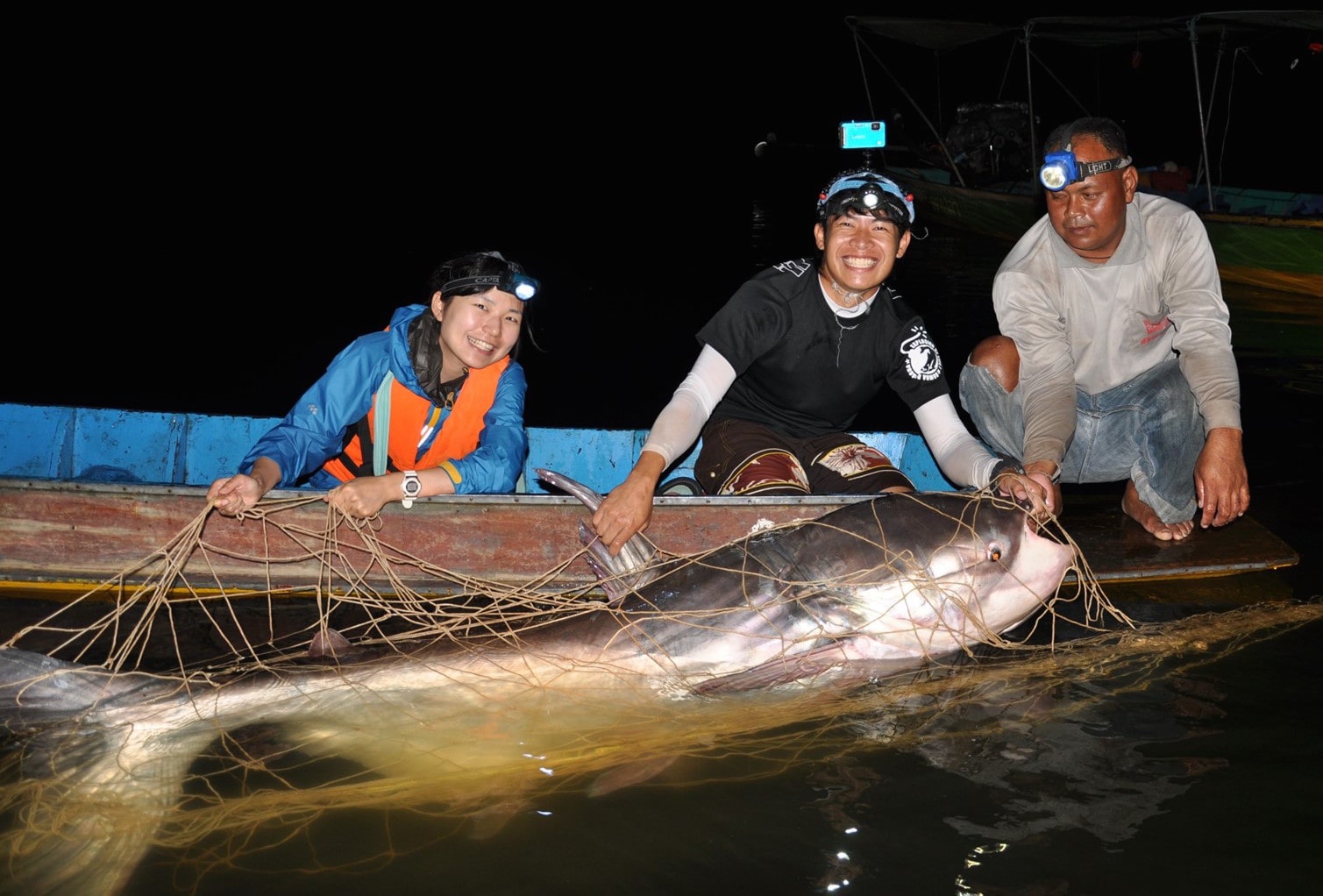 The Mekong giant catfish (Pangasianodon gigas) is one of the largest freshwater fish in the world with maximum 3 m body length and 300 kg body weight. This species was previously distributed widely in the Mekong river, but its number has declined recently because of anthropogenic effects, such as dam development and overexploitation. As a result, this species is listed as endangered species on the IUCN red list and the CITES Appendix I. On the other hand, artificial breeding and rearing techniques for this species have been established; therefore, stock enhancement is expected by releasing hatchery-reared fish to closed water. Understanding the behaviors and ecology of released fish is required in Thailand. We started researching behaviors and ecology of Mekong giant catfish at the request of the Department of Fisheries in Thailand. Ultrasonic transmitters were attached to the fish, and their movements and behaviors were tracked by boats or receivers settled underwater. The results indicated that the fish swam actively within a relatively small range during daytime, whereas they were less active during nighttime. This research will contribute to stock enhancement and sustainable use of Mekong giant catfish. 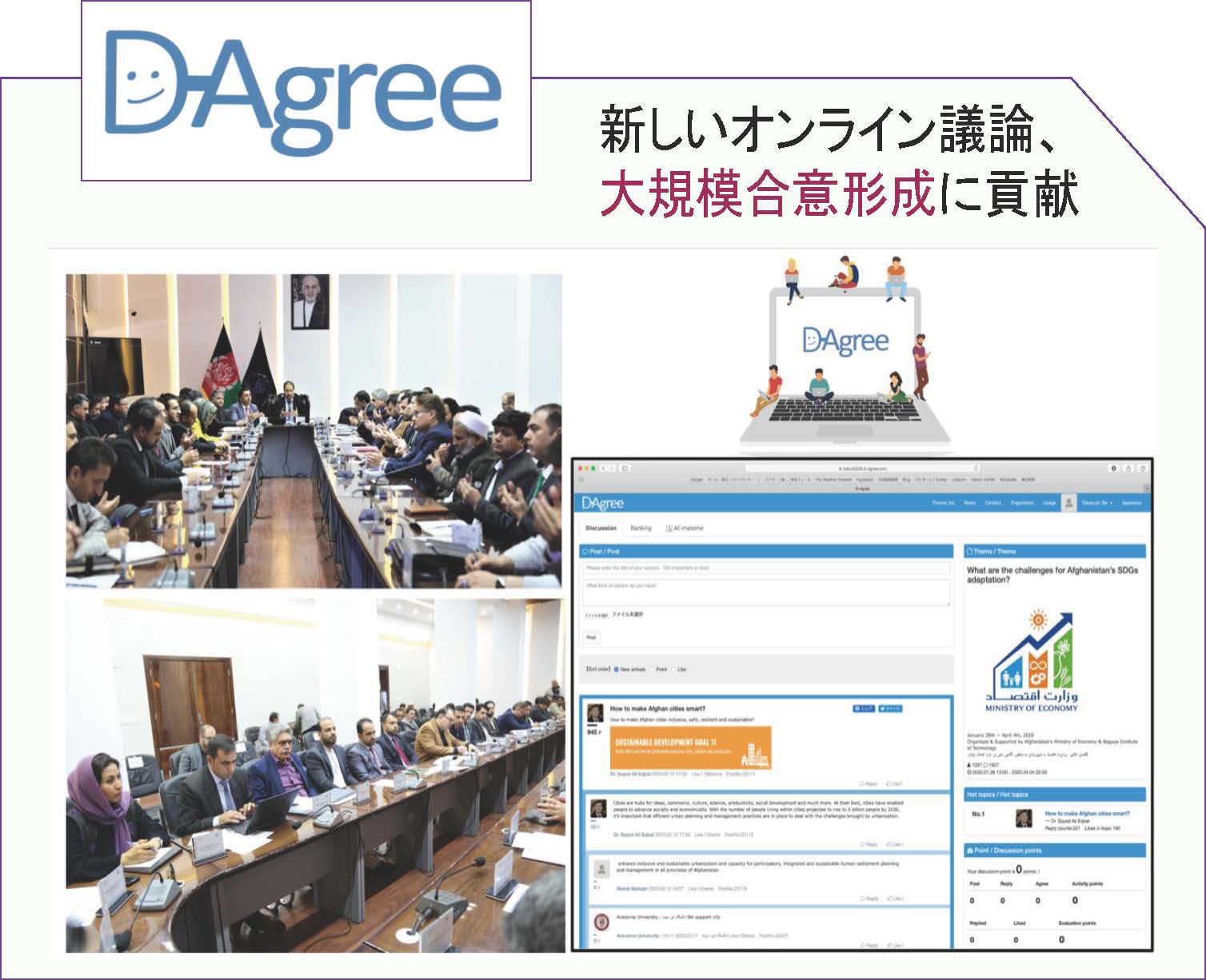 We are developing and researching agents that automatically facilitate (moderate) large scale discussions, especially online discussions, in order to efficiently gather opinions and form consensuses. There are various factors that cause discussions to stagnate, such as "not knowing what to say", "getting sidetracked", and "not being able to see the point of the discussion". With proper facilitation, these problems can be addressed. D-Agree has introduced AI agents to automate the facilitation of online discussions, to detect inflammatory comments and to summarize the discussion. In 2020, D-Agree was used in the conferences in Indonesia and Afghanistan Kabul City for finding ideas to solve real-world social problems. 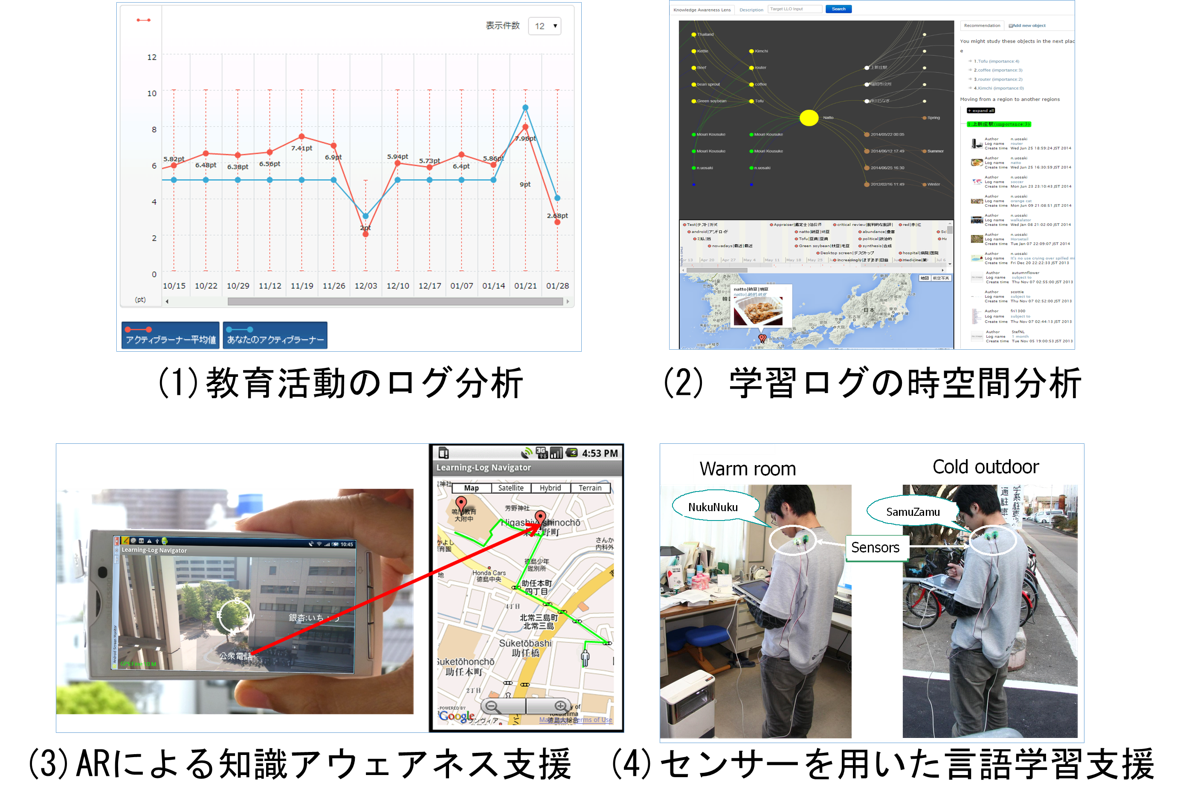 Our research focuses on information technology that supports activities in education and learning by analyzing their log data. For example:
(1) Development of the infrastructure for accumulation and analysis of educational big data
(2) Analysis of learning experiences by using life log technologies
(3) Knowledge awareness for collaborative learning support
(4) Ubiquitous learning support by using sensor network